Beach weddings in Zante are very popular as the island boasts some wonderful sandy beaches. However, Zante offers many other beautiful locations for your wedding including private gardens, a beach bar, an ocean view terrace, a small island and many seafront wedding locations. It is also possible to have a Catholic, Orthodox or Baptist wedding in Zante town. Or why not hire a private beach on a secluded island?

Wedding receptions can take place at beachside restaurants and tavernas or hotel gardens and it is even possible to have a beach barbecue!  Some places allow you to party into the early hours, just ask our award winning wedding consultants for the best option for you. 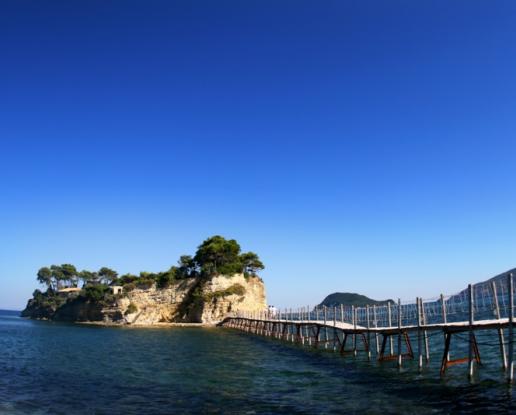 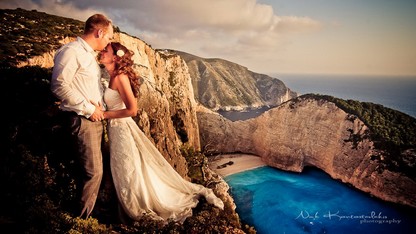 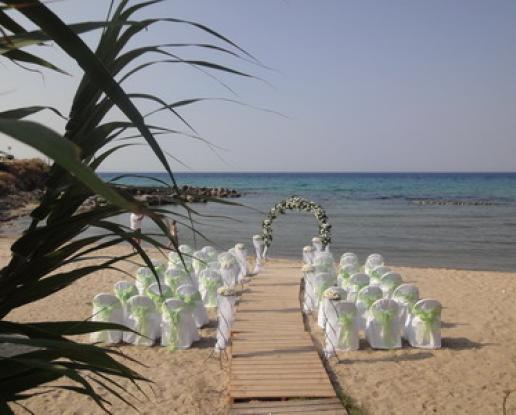 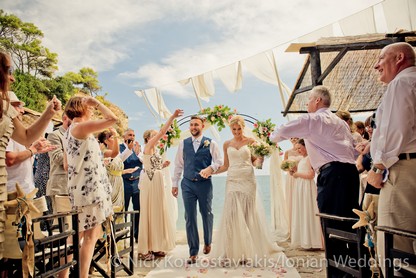 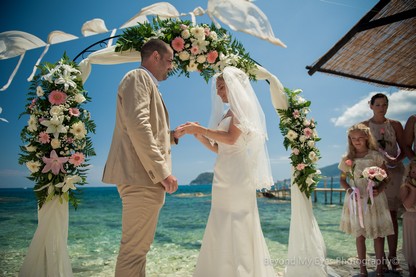 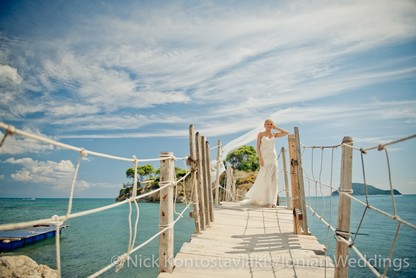 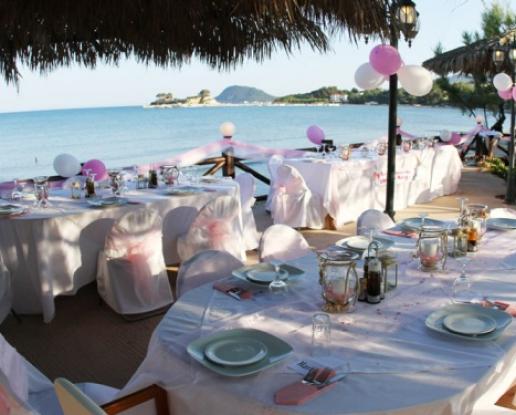 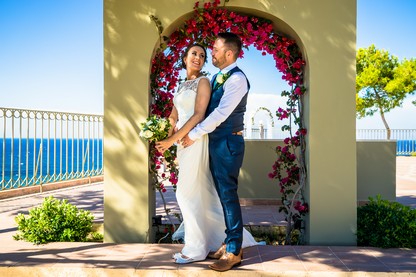 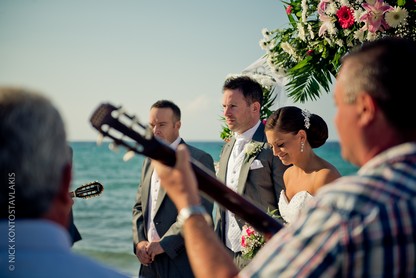 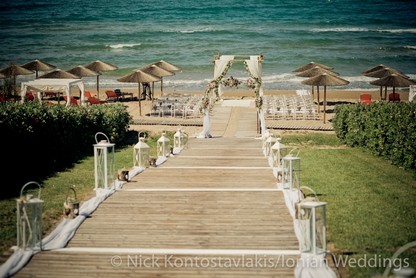 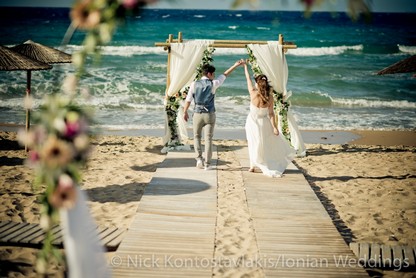 Greek mythology has it that Zakynthos was named after the son of Dadanus (King of Troy), who set sail from the Arcadian city of Psofida and founded his acropolis on this island to remind him of his homeland. Zakynthos is the southernmost of the Ionian Islands, 13.5 km south of Kefalonia and 15.2 km east of the Greek mainland.

It is the 3rd largest in size (406 square km) It boasts beautiful beaches; those on the north, east and south coasts are easily reached whilst those on the west coast are the most spectacular and only accessible by boat. This area includes the famous Blue Caves, named for the colour of the water in the deepest hollows.

Zakynthos is known in Greece as the island of song and poetry. It is thought that the god of Music, Apollo, was worshipped here, and the serenades and folk songs for which Zakynthos is famed are still an important part of the culture. The island also has many monasteries, where you can hear the mysterious and unique Zakynthian chants. Zakynthos was the home of Dionysios Solomos, Greek national poet and writer of the Greek national anthem!

Another Zakynthian highlight is the abundance of flora and fauna. The high rainfall in the winter means that a wide range of rare flowers and plants thrives here. The island is perhaps most famous for Caretta caretta (the loggerhead turtle) which lays its eggs on the southern shore of the island. This reptile is an endangered species and the Greek government has created a marine park in Laganas Bay to safeguard the loggerhead colonies and inform visitors about this national treasure. Also protected is Monachus monachus (the Mediterranean monk seal), which can be found on the western coast.

Getting Married in Zante couldn’t be simpler

Call our wedding consultants on 020 8894 1991 or click below to fill out our wedding questionnaire for more ideas and costs for weddings in Zante.

A Selection of our Zante Wedding Ideas

Other Ideas for your dream wedding in Zante

Find Accommodation in Zante with our partner booking.com

Getting married in Zante couldn’t be simpler

Call our wedding consultants on 020 8894 1991 or click below to fill out our wedding questionnaire for more ideas and costs for weddings in Zante.